The number of people that visit zoos and aquariums each year - in the United States. A study done by Animal Science Journal noted that visitors left with lower blood pressure and lowered stress levels. This is one of my favorite things to do when visiting a different city is visit the zoos or aquariums! I can sit for hours at the Atlanta Zoo and watch the Gorillas - Pure fascination!
Posted by Promologist at 11:38 AM No comments:

To package or not to package, that is the question...

Creating a WOW factor for your brand can be easier than you think. Setting yourself apart from your competition can be the best marketing tool you have. Every promotional item has to be delivered, so why not step up the value and deliver it in style.

Let's say a local hospital wants to thank their volunteers. They could give them just a lapel pin,(like everyone does) shake their hand and say thanks! 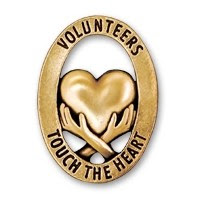 Or....they could package it on a nice card with a note from the President explaining why volunteers are so important and how much they are appreciated. 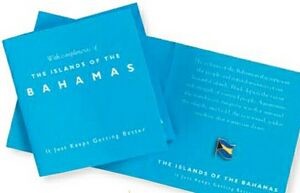 Which would you rather receive? The point is, packaging is not that expensive and can have such an impact on your promotion. It does not have to be completely custom. We have all kinds of stock boxes, bags or cards that we can put your logo on to make it a custom promotion just for you!
Posted by Promologist at 1:24 PM 1 comment:

Are your employees Oscar worthy??

The Academy Awards are here again....January 24th to be exact. What an awesome accolade for those in that industry. I am sure it is every actors dream!

Awards are the most retained promotional item. Employees love to receive awards for retirement, years of service, sales milestones, safety milestones. It doesn't always have to be a trophy. It could be a nice watch with engraving on the back. Or perhaps a nice engraved picture frame. Does your company make something special?? Like a valve or nut or anything - we can take that item and customize an award for you!

If you happen to watch Modern Family(a must see in our family for a laugh) there was a recent episode about awards. Mitchell wins an award for distinguished service in the field of environmental law and places it front and center on the mantel because he is so proud. This sparks competition with Cameron who immediately finds an old fishing award and places it next to Mitchell's. It really is funny but it made me really think about awards. My husband who has been active in the rugby community for years has received many awards - some really nice crystal ones and some not so nice gold painted used rugby boots. All are displayed at our house(in his man cave) and running out of room! People love to be thanked and recognized. Of course most awards are not on the level of The Oscar but still have the same meaning - THANK YOU!

One of our favorite suppliers R.S. Owens makes The Oscar. We are proud to call them a supplier and they have filled our award needs nicely also throughout the years!
Posted by Promologist at 11:46 AM No comments:

What are PMS colors??

Of course we all know the more familiar terms for the acronym PMS, but in the promotional and printing industry it means something different.

PMS means - Pantone Matching System. It was created to give an across the board standard for printing colors.

Say your logo is purple and green. If you order a promotional item and say "I would like my logo printed in purple and green" that could open a whole can of worms! Is it, forest green, lime green or lavendar or egg plant?? Every computer screen is calibrated differently and what you see on your screen may not be what the actual print looks like.

At www.pantone.com you can download a PMS chart to refer to. We also have one at our office to refer to. We are all about keeping the continuity of your brand and would rather you have a PMS color to refer to than taking a shot in the dark at the colors!

If you do not currently have PMS colors for your logo, call us we can help! It really helps to keep your logo looking great!
Posted by Promologist at 10:20 AM No comments:

In honor of the last and final Harry Potter movie, I thought I would give you a little insight into the behind the scenes world for Harry. What an amazing brand! JK Rowling created a stunning story line that has kept loyal followers captivated for years. All good things must come to an end but this is an era that many of us have grown up with. What brilliant marketers they have had. It is a marketers dream to be able to create such brand awareness. The glasses from Harry Potter are the biggest selling promotional item. What an impact! They do not even need a logo for folks to know what they stand for. I liken it to the Chick Fil-A cow. Awesome! Here are a few other tidbits that I bet you did not know....

**1 Million - Number of butterbeers sold at the World of Harry Potter in the winter of 2010
(still have not made it there yet!)

**$2400 - The amount JK Rowling received as an advance for her first book! They thought it
would not sell.

**19.6 - Number of hours it would take to watch all Harry Potter films back to back.

**5800 - Number of times Harry Potters famous scar makeup has been applied. Wonder if it
was by the same makeup artist for all those years??

**11 Million - Number of copies sold on the FIRST day the last book was released.

**0 - Number of Academy Awards the movie series has won - How can this happen!??!!
Posted by Promologist at 1:19 PM No comments:

What an exciting weekend of golf! Rory McIlroy had an awesome win. I am sure more than a few Guinness were consumed in the pubs in Ireland and the States. And he is so young - what a life ahead of him!

Did you happen to see Y.E.Yang? Do you think he had enough branding on his shirt. I don't think there was another spot to be had on his shirt. Maybe that's why he fell apart at the end - he was sea sick from all the logo's. Since every brand means more sponsor dollars for the player, I am sure they do not care if all the spots on the shirt and pants are taken. Pretty soon, they will look like Nascar drivers. Maybe they should star wearing coveralls.?? Nothing against Nascar drivers because that is their norm. Isn't golf supposed to be a classy sport??

I do think branding can be overdone. I am still partial to the classy look.
Posted by Promologist at 1:26 PM No comments:

Get into the creative process!

The creative process can be so rewarding! Sometimes creating and following through with ideas is the hardest part. This is where we can step in. We love this process of starting from scratch and following the idea through. Direct mail campaigns use creative juices and create great returns. Below is a link that just might interest you. It contains some great case histories to help with ideas.

It will open in a flip brochure that can be printed or read on line. The last few pages are the best - there is a great checklist to help get the creative juices flowing.


We look forward to being a part of your next creative juice campaign!

Posted by Promologist at 10:18 AM No comments: